Is now the time for fresh produce packers to automate?

In recent years, manufacturing businesses have been under increasing pressure to reduce labour due to both increasing cost and dwindling availability. The situation has been exacerbated in the UK, initially by Brexit, as a lot of the foreign workers, some of whom have been in the UK for years, decided to return home. The latest is COVID, where social distancing means staff can no longer work in close contact with each other, at a time when demand for food products has ballooned, so is now the time to look at automation? 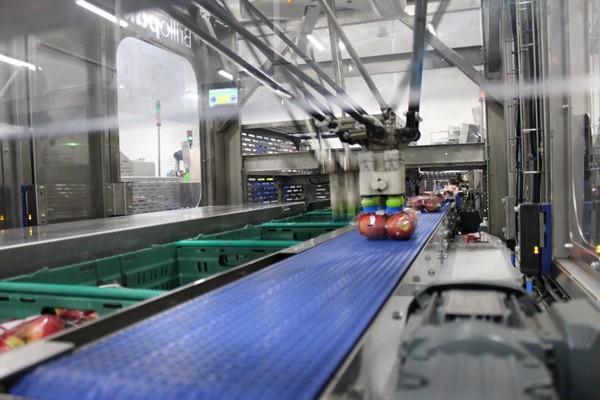 One company who is perfectly placed to assist companies in automating packhouses as they have been doing it for many years is Brillopak.

“As we see overseas workers leaving, one question we need to ask ourselves is, how are we going to run our farms and packhouses in 5 years’ time?” says David Jahn, director at Brillopak.

Brillopak recently completed a packing automation project at English top fruit grower Adrian Scripps, which has helped enable the company to substantially increase production. “This has been an on-going project over 3 years,“ explains David. “This project is a great example of something Brillopak likes to do - a phased approach to automation . If companies try it, prove it, improve on it and then put the next stage in, then the next stage until finally they are fully automated, they have minimised risk to the business. They have also learnt from the early implementations with no sunk capital from making mistakes. The secret is to plan the journey with the end in mind." 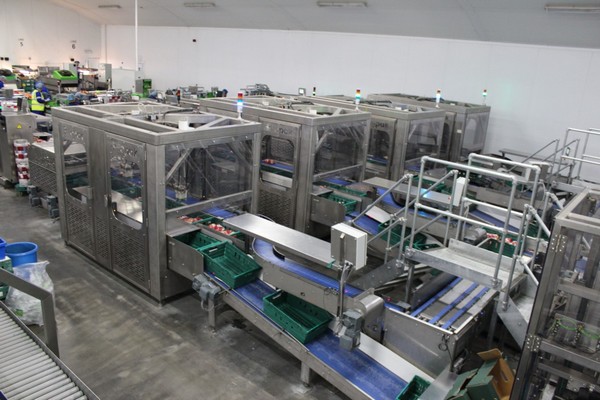 Adrian Scripps is a very technology focussed business and a good example of this. "We automated their 6 lines in 3 phases: Phase 1 was to optimise the throughput on 2 manual packing lines through the development of the PAKstation, which increased throughput by 15%. The second stage was the complete automation of 2 lines including packing and palletising. The final phase was automation of 4 lines with our UniPAKer to achieve a 20% increase in line speed over the previous phase. “

Automation of the packing line includes more than the packing and palletising. Crate management systems can be simply deployed to automatically deliver crates to the line. A typical pallet contains 250 empty crates. Brillopak's Crate DESTAKer takes a pallet load of crates and destacks them singly to one or multiple lines, It takes one person 4 minutes to set up a pallet load of crates and they do not need to return until 250 crates later. This is often a busy area of the packhouse and social distancing makes crate handling a problematic area.

One area of growing interest is vision systems. Brillopak have been using vision for a number of years, initially to ensure that their robots get a consistent pick position regardless of the orientation of the product on the conveyor. 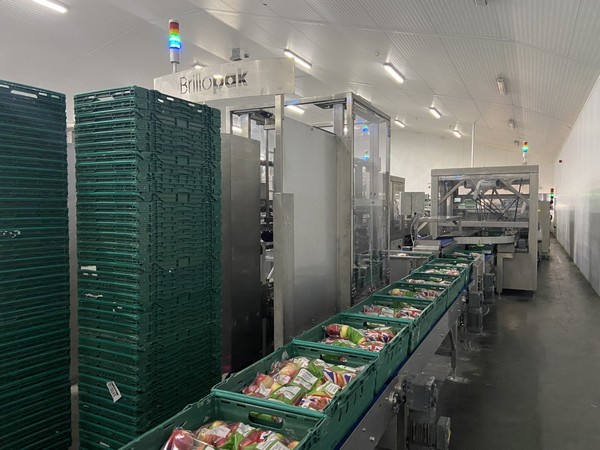 More recently, Brillopak has been working with the Manufacturing Technology Centre, a government research body, looking at really high speed automated quality assurance systems. “The one thing about automation is that it takes out the person who used to provide quality assurance. We have essentially developed a system that will pick and reject products on very high speed lines in excess of 800-900 units per minute. It will find contaminants, misshaped product, in fact anything that is non-standard with a product and remove it at high speed from the line."

Another instance of this is Brillopak’s PaKQC vision system for apples, which automatically checks the number of apples in a pack, that the apples have not been cut in the sealing process and that no empty bags get into the crates. This was previously carried out by manual packers. Now the robots have their own QC assistant.